This section has articles that do not fit into a specific time period and are therefore more general in nature, however they are none the less very interesting and well worth reading. 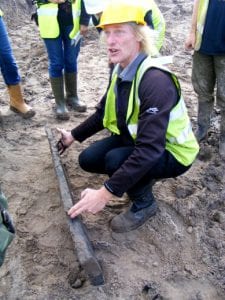 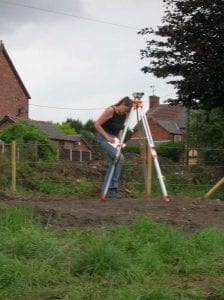 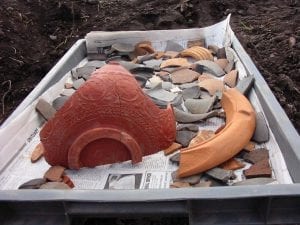 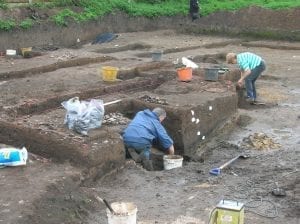 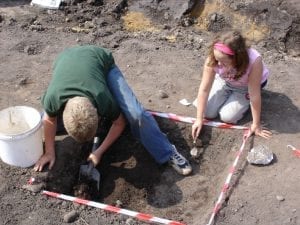 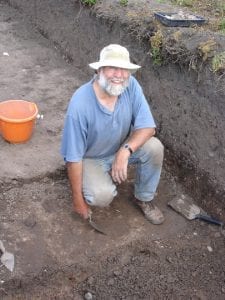 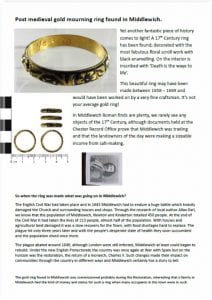 Yet another fantastic piece of history comes to light! A 17th Century ring has been found; decorated with the most fabulous floral scroll work with black enamelling. On the interior is inscribed with ‘Death is the waye to life’.

This beautiful ring may have been made between 1658 – 1669 and would have been worked on by a very fine craftsman. It’s not your average gold ring!

Further research will be done to try and find out as much as possible about the ring and circumstances surrounding it. In the meantime, the ring has been classed as Treasure and therefore comes under the Treasure Act 1996. It has been valued at £1,900 and is currently in the care of the British Museum. Middlewich Town Council has been given a chance to secure the ring for display in our community if we can raise the money by the end of April 2013.

The Heritage Development Officer is urgently looking to raise funds but seeks the public’s help in raising donation money. It’s a fantastic opportunity to have this item to show to the community, it represents a difficult period in the lives of Middlewich people but also the status of the landowners.

If Middlewich Town Council cannot raise £1,900 then the ring will go on general sale and we will lose it. To pledge money simply email  heritage@middlewich.org.uk , stating your full name, address and contact phone number with how much you want to pledge. We will not take any payment until the pledges reach the target, if we are successful we will contact you and organise payment, if we do not reach the target then no monies will be taken. 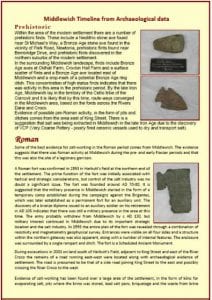 This document looks at the history of Middlewich that can be extracted from archaeological data. 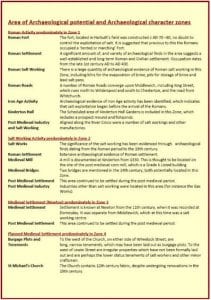 This document looks at the potential for archaeoloigical
research and briefly looks at some of the work already done.

To read this document click on the link below

Information snippet on the Archaeological Dig

Paragraph by Ian Miller of Oxford Archaeology North. Photos from OAN and Kerry Fletcher. The full report may take up to a year but will be posted on this website.

We spent nearly three months excavating the site on Jersey Way. The fieldwork is very much a data-gathering exercise, generating the information that we will interrogate as part of the post-excavation process to come up with a detailed account of what was happening on the site and exactly when. However, we have got a pretty good idea of what’s going on at this stage, although the precise dating is somewhat provisional.

Our current thoughts are that the site was first occupied during the middle of the first century – we don’t have any firm evidence for any Iron Age activity on the site, although this could come to light during the post-excavation process when we’ve had a proper look at all the pottery and have carried out some radio-carbon dating. It seems that the earliest Roman features on the site are a series of shallow ditches. We often find similar features on Roman sites, and generally consider them to be boundary ditches, rather than purely for drainage. There is certainly good evidence elsewhere for the Roman military laying out ‘development plots’ when they first arrive at a site that they intend to settle, and mark these plots by digging shallow ditches.

The main thrust of Roman activity on the site is salt-working, and the excavation has allowed several timber-lined wells (or probably brine springs, shown above left), a brine storage tank (above right) and a boiling hearth to be recorded. In addition, we have plenty of fragments of briquetage, which almost certainly represents the vessels in which the brine was stored after boiling. A large sheet of folded lead that had been put into the brine well before it was backfilled could be part of a Roman salt pan. 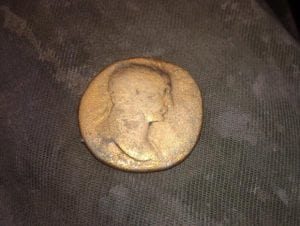 It looks like this industrial activity started in the latter years of the first century, with salt production continuing until the middle of the second century. We did find a coin at the bottom of one of the brine wells, which is an issue of Trajan. However, looking at the wear of the coin, we think that it was probably dropped into the well in c 140-160 AD, immediately before the well was backfilled and abandoned. We were very excited when this coin turned up as it was SO shiny, but it is a standard coin made of copper alloy, but turned golden as a result of being buried in waterlogged conditions for nearly 2,000 years.

At the southern end of the site were the shallow foundations for a timber building. The purpose of this building is open to interpretation, although it could perhaps have served as a warehouse for the salt, and also as a home for the salt workers. A lot of pottery was found in this part of the site, suggesting that it had been a focus for domestic activity. The remains of metalling was exposed by the timber building, representing a road surface that would have connected to the main Roman road.

No firm evidence for burials on the site, although we did find several fragments of burnt bone. These could be cremated human bone, which would suggest a cemetery in the immediate vicinity, but firm evidence is lacking. This could be a result of later ploughing, which destroyed the upper surface of the Roman levels. This would also explain the lack of evidence for Roman activity on the site during the later second and third centuries. One indication of later Roman activity (although we don’t have a date for it just yet) is another series of boundary ditches, which are clearly later than the original ditches, and on a slightly different alignment. This may indicate that the focus of the settlement had been re-aligned for some reason.

The Virtual Dig is a project jointly produced by South Cheshire College and Middlewich Town Council. It gives you an aerial view of Middlewich from which you identify and zoom into potential locations for a dig. If the dig is succesful you are rewarded with some information about your ‘find’.

How to find your way through the Virtual Dig

Between the months of July and October 2005 community volunteers in the town of Middlewich, Cheshire, were involved in a public archaeological excavation on land at Buckley’s Field adjacent to King Street, the Roman heart of the town. To find out more please click here.