THE LEGACY OF CANAL & SALT

In this section we look at how the old canal and salt works are still with us and where you can still see evidence of those times past. As more information becomes avialble it will be added and we are starting with…

The RHM factory was important   to the Middlewich people. It had been Cerebos and Middlewich Salt  before that making the site over 100 years old and saw many generations  of families, being employed or enjoying the many social events the  company provided.

Middlewich was  relaunched in the sixties as the primary site of the new and modern  RHM Company; Prince Philip had an official visit here in 1969. Many  women were employed in the Bisto section of the factory, the laboratory  invented Bisto Granules, and Saxa Salt and Sifta Sam were packaged here. The company had a vacuum plant until the early seventies when it became  more cost effective to be supplied by neighbours and bsiness associates  British Salt, who is now our only salt company left.

One of the social aspects was the Bisto kids  look  a  like competition, this was a national event at one point raising  money for Children’s charities, (NCH), the overall winner got to meet  either the Queen or Princess Margaret, very much the highlight of the  year!

The closing of the  factory was a blow to Middlewich and the generations of families who  worked there. As heritage officer I’ve been collecting photographs and  memorabilia of the site and the workers to preserve for future  generations.

Premier foods  allowed us to take the last photographs of the factory just before it  closed in 2008. It was then that I and my colleague Dave Thompson saw  the Bisto Kids on the reception wall, upon enquiring about the sculpture  it turned out that it was scheduled for demolition!  Premier Foods were  contacted and they realised its importance for our community to save  it, so they donated the sculpture to the town if we could pay for its  removal. Thankfully local builder John Wickham and his associate Rob  Moreton were very keen to help us save the Bisto Kids and so we emarked  on a perilous journey of removing the Bisto kids from the RHM building  and finally placing it in Middlewich Library for dsplay.

It was certainly a town effort,  although by the time we had got men in place and money, the site changed  hands from Premier Foods to Bovale, so we had to start permission  hunting to remove the Bisto kids for the second time! Bovale agreed to  let us take the sculpture and paid for its removal and the Town Council  paid to stabilise it and place a supprting frame around it.

The hard work paid off once we  launched the sculpture, the public response was fantastic and our Youth  Theatre did a drama piece on the Bisto Kids for the Folk and Boat  Festival whee we put the Bisto Kids on display for the first time. We  heard a lot of people’s stories about the Bisto Factory and many  remembered the Kids with affection.

The Bisto Kids are now in their new home in Middlewich  Library and they are well worth seeing, the last remains of over 100  years of salt and food production. 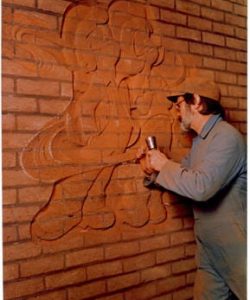 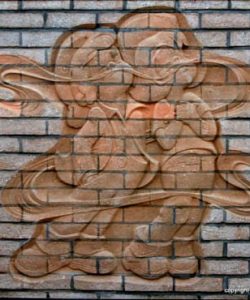 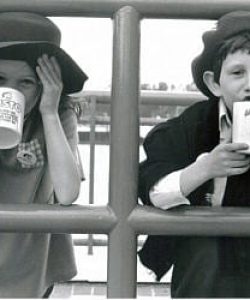 TAKE A JOURNEY THROUGH TIME

The Tales of Wych and Water is derived from the Canal and Salt Town Middlewich project aimed at celebrating the Canal and Salt heritage of the town, concentrating on the historic changes and relationship between the canal, the salt industries and the community.

Middlewich has been famous for the production of salt since Roman times, an industry which probably started here during the Iron Age. The brine pits and saltworks were part of the settlement along King Street, but during the medieval period most works were located at Newton.

Pre-industrial saltworks were family businesses where brine was boiled in lead vats within timber and wickerwalled sheds. Two brine-pits, “Louseath” & “Newseath”, supplied more than 100 “wych-houses” and production was highly regulated. The industrial revolution introduced technological change, such as coal as a fuel and iron for the boiling pans, as well as steam pumps for drawing brine from the below-ground “wet” rockhead.

The number of saltworks operating in any one period was reduced to around five, and these often changed hands. In fact the same locations were largely reused over several centuries. Various grades of salt were produced, much of it for preserving food, but it was also used in tanning, dying and clothing manufacture. In the 19th and 20th centuries, chemical uses became more important, such as production of ammonia, alkali and bleach. Social conditions for the work force were hard, and the impact of the salt and chemical works on the local environment at Middlewich resulted in great pollution and health problems.

The 1760’s were pivotal for canal building. The Earl of Bridgewater’s canal had showed the Captains of Industry that the canals offered a more effective way of transporting commodities across the country than by pack-horse and poorly maintained roads. For the next sixty years, and before the advent of the next transport revolution – the train; canals were constructed across most of industrial Britain, especially in those areas where heavy industry relied on the constant supply and distribution of raw materials such as iron ore, coal and in the case of Middlewich; salt. Sadly very few canals made any profit during their lifetime and were subjected to takeovers including consortiums that also had a stake in the railways. The railways had made a significant impact on the way goods and people were transported across Britain. However, the canal systems proved vital during the two World Wars.

The canal system around Middlewich has over the past 150 years been of major importance in transporting coal, dairy products and, of course salt. Although many of these industries have now either gone or goods are moved by road freight, canals have been given a new lease of life in the form of leisure and Middlewich is at the forefront of this new revolution. Investment from the leisure industry and the commitment of bodies such as British Waterways has reignited a new wave of canal users. Allied to this growing industry is a renewed interest in the heritage value of the canal system and this has been taken up with vigour by groups such as Middlewich Vision and the Middlewich Heritage Society. 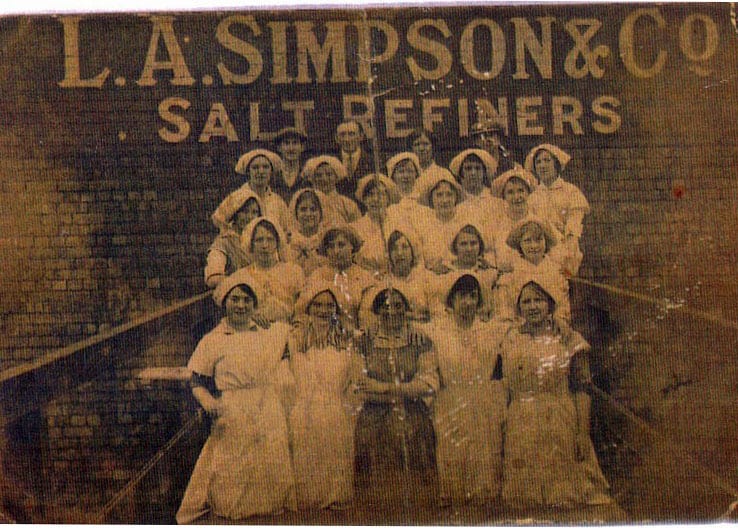 Transcripts of interviews with canal and salt workers

The canal and salt project

Illustrated (below) by photographs from Seddon’s and Murgatroyds Salt Works, Middlewich

Based on the project photo archive, project research and the Murgatroyds Open-Pan Salt Works.