THE ROMAN FORT AT MIDDLEWICH

Discovery of the fort

Mid-eighteenth-Century interest in the Roman settlement rose when Ralph Vernon a gentleman of some note believed he had located a Roman Camp at Harbutt’s Field, Kinderton. In 1993 the forts true location was finally verified on the very spot identified by Ralph Vernon 200 years earlier. Gifford identified the site through geophysical and aerial photography methods. It is now a Scheduled Monument.

Excavations elsewhere concluded that many forts may have been open to civilians, not just military personal. Temporary forts embed and flowed with people as it was required but it was also open for business, families and administration.
Forts were always placed into strategic areas, primarily used for accommodation of the auxiliary units. Many of these timber and earth forts were built throughout Britain and used predominantly in the first century AD during the invasion campaigns. Middlewich lasted longer presumably due to the conquest of the Northern Frontiers

The Fort layout conforms to a standard plan ‘playing card’ shape surrounded by at least one V shape defensive ditch, with normally four gates of square timber towers.
The fort is approx. 110 metres by 125 metres with entrances clearly shown in the middle of all four sides. The height is unknown but other excavations have shown that Stone fort walls can be 4.5 metres high, the earth rampart surrounding the fort can be between 2m and 3m high by itself with a width of 3-9 metres. Watch towers could reach 9 metres high. 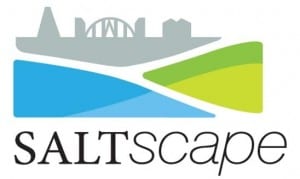