On 27th September 2014, Middlewich Town Council had a brilliant line up; first to perform was the ‘Buttered Muffin Theatre Company’ presenting their Music Hall Cabaret Evening.

This company formed as an ad hoc group to perform at the Llandrindod Wells Victorian Festival in the mid-1990s, it joined together a number of individual acts and performers to entertain over the 9-day Festival. An eclectic mix of talents encompassing music, magic, juggling, acrobatics, theatrical masterpieces and much, much more…

Norman Prince was the front man and leader of the country’s top comedy folk band The Houghton Weavers, and has been a freelance presenter for BBC Local Radio for the past 15 years or so.    Steve Adams is a magician/illusionist of rare quality, and his audience-engaging skills are second-to-none.  Steve Broomhead or ‘Brush’ is a man of many talents, including actor, circus-skills practitioner and close-up magician, but his real joy is as a lead guitarist. He is clever, engaging and utterly beguiling. David Goulden is a very accomplished and talented singer; he long performed with the Welsh Opera Company, as well as many solo spots throughout the country. Norman Haddock is a gifted performer in many aspects of circus-skills, magic and spontaneity, but his real love is singing. He is an experienced Emcee and loves to write and perform material for the group. Neil Hope-Collins is a talented musician on the cello and saxophone, but is utterly at home on stilts, juggling and acrobatics, and can turn his hand to close-up magic and intriguing illusion.  Winston Plowes is a unique talent who ‘bumbles’ with extraordinary panache through juggling, ball-spinning, and a great many other amazing dextrous skills to the delight of all who are in attendance. He is also a talented and much-published poet. Gordon Smith a talented musician, he has taken to the tea-chest bass with a rare gusto. He is also a performer of rare quality and enjoys delving into new projects as often as possible. His most recent joy has been in learning to play the ukulele.

The Debonaires took to the stage at the Middlewich Royal British Legion Saturday 4th October. The dance night was a special mixture of songs and dance through the ages with the first half from the Music Hall era, mostly in the styles before ‘jazz dancing’ and is in the form of a kind of tableau. This includes a Great War Sing-along with Max and Live music from the songbook of the jazz era. The second half was a wonderful dancing adventure with some 20’s Charleston and others, 30’s Hollywood and Broadway, 40’s big band music – In the Mood etc., ending in the 50’s with Gene Kruper, Marilyn Monroe, Basie, a bit of Blue Eyes with Leroy Brown. All lively stuff! Written especially for Middlewich and the Great War and promises to be an excellent evening and certainly lots of dancing!

Money was raised for the Poppy Appeal with raffles at both of the above events.

There were other entertainers too, including Mr David Alexander with outdoor stage show. 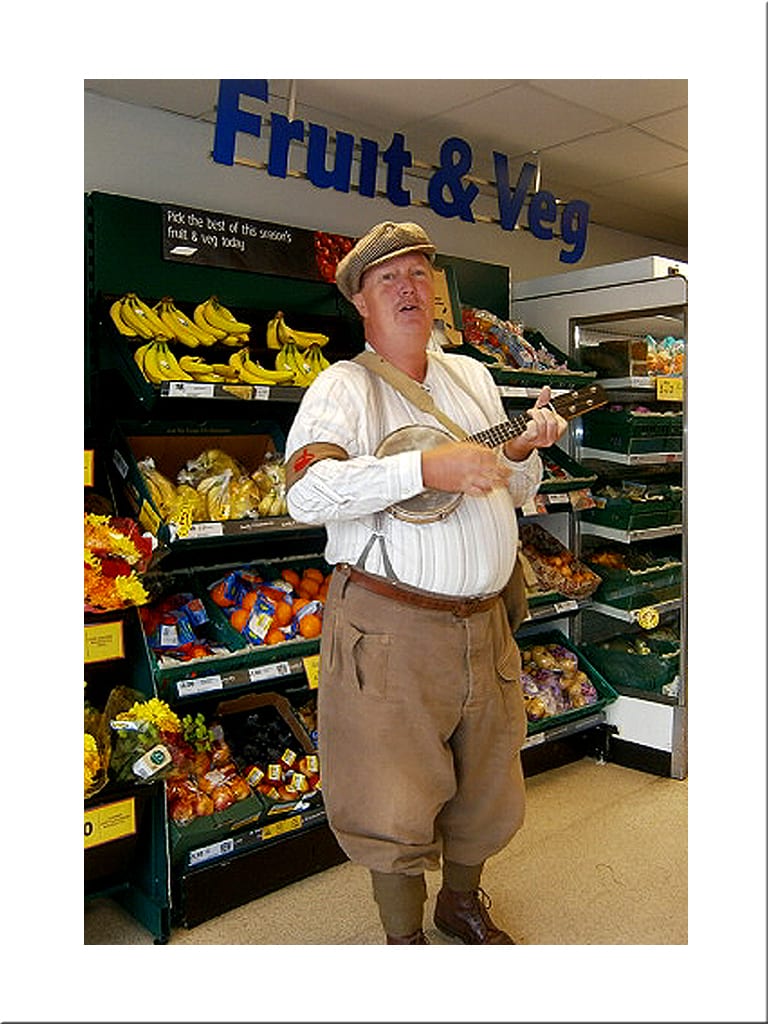 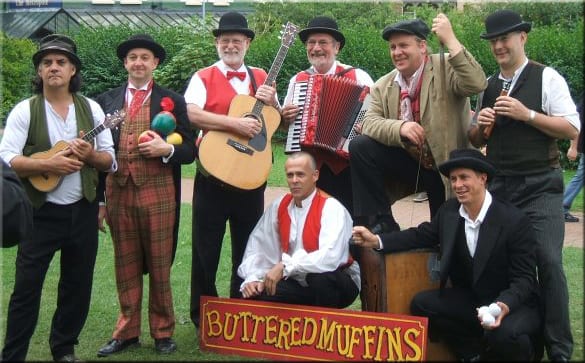 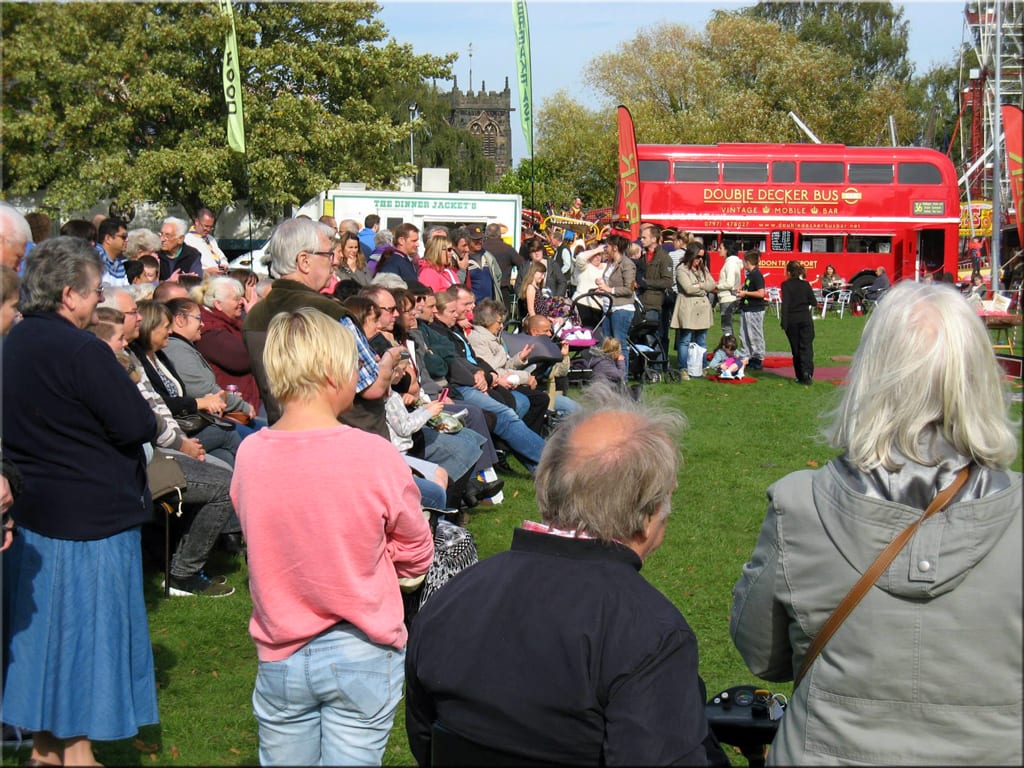 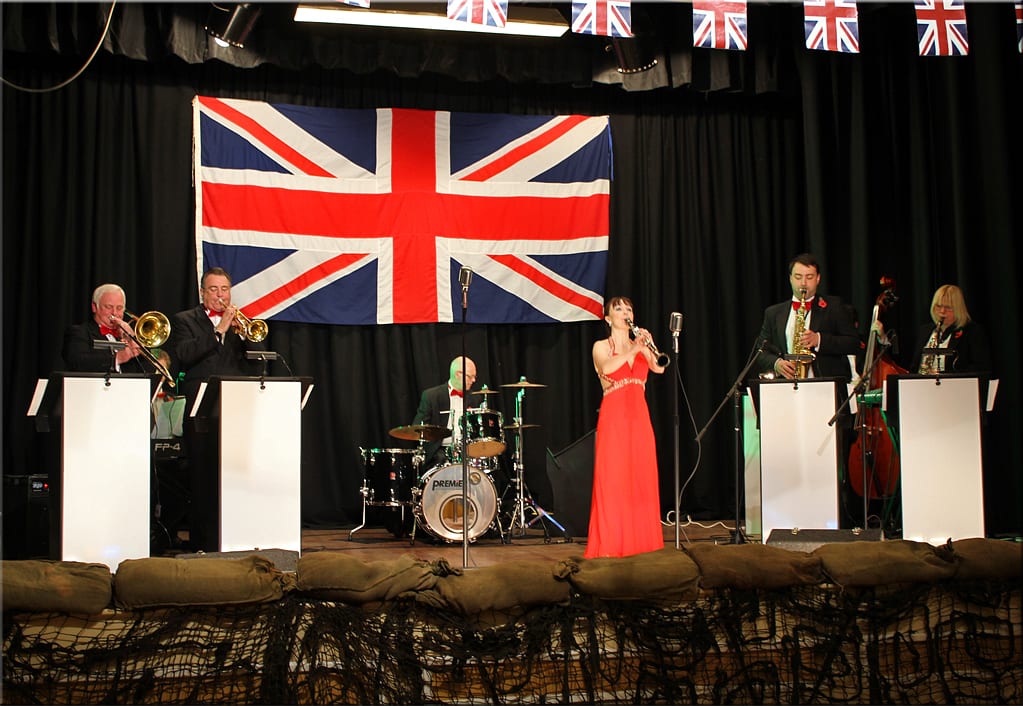 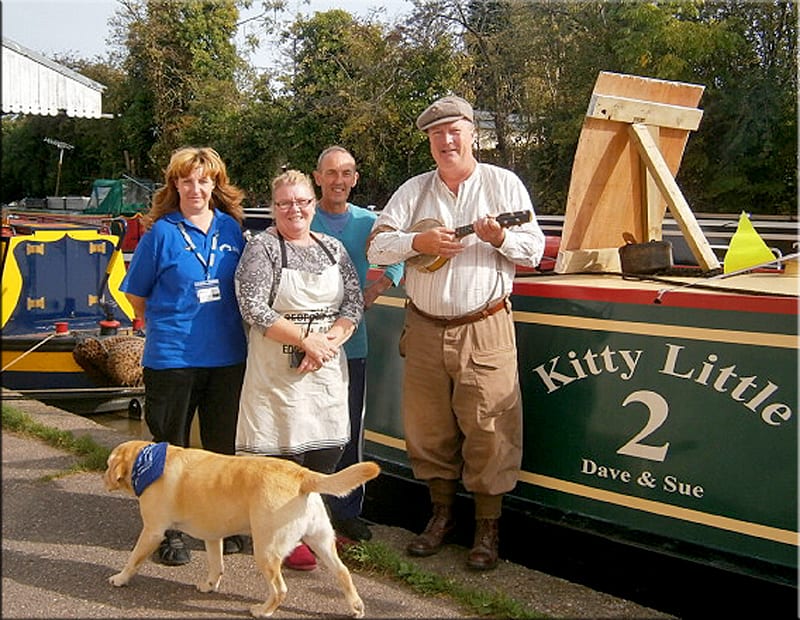 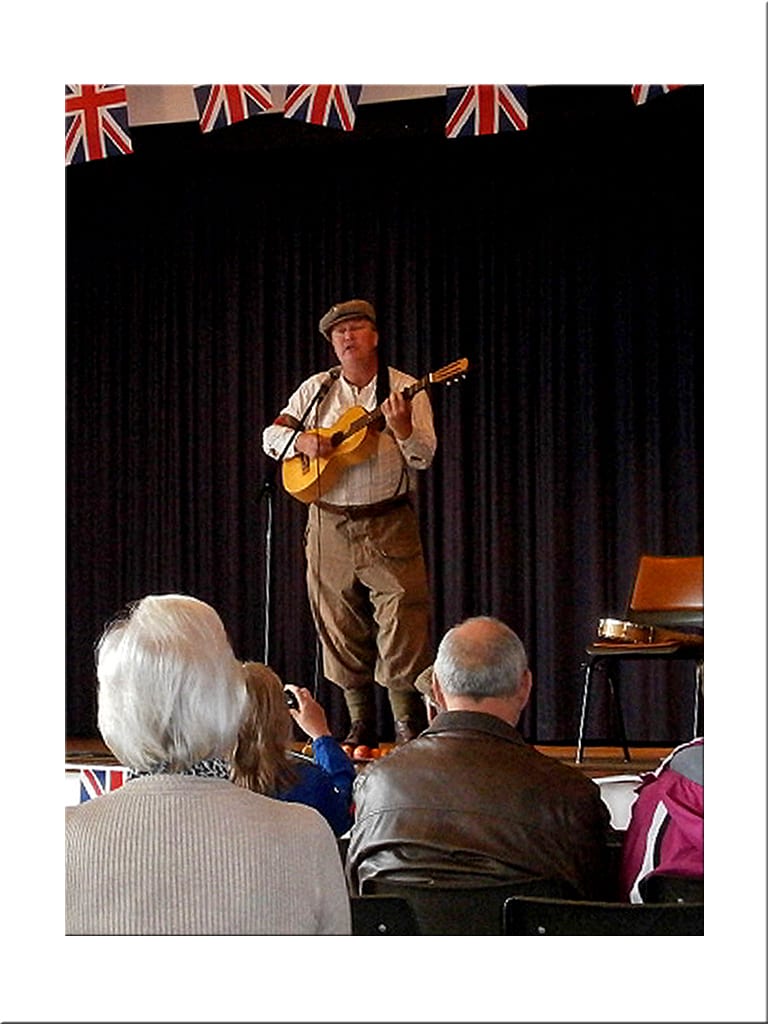 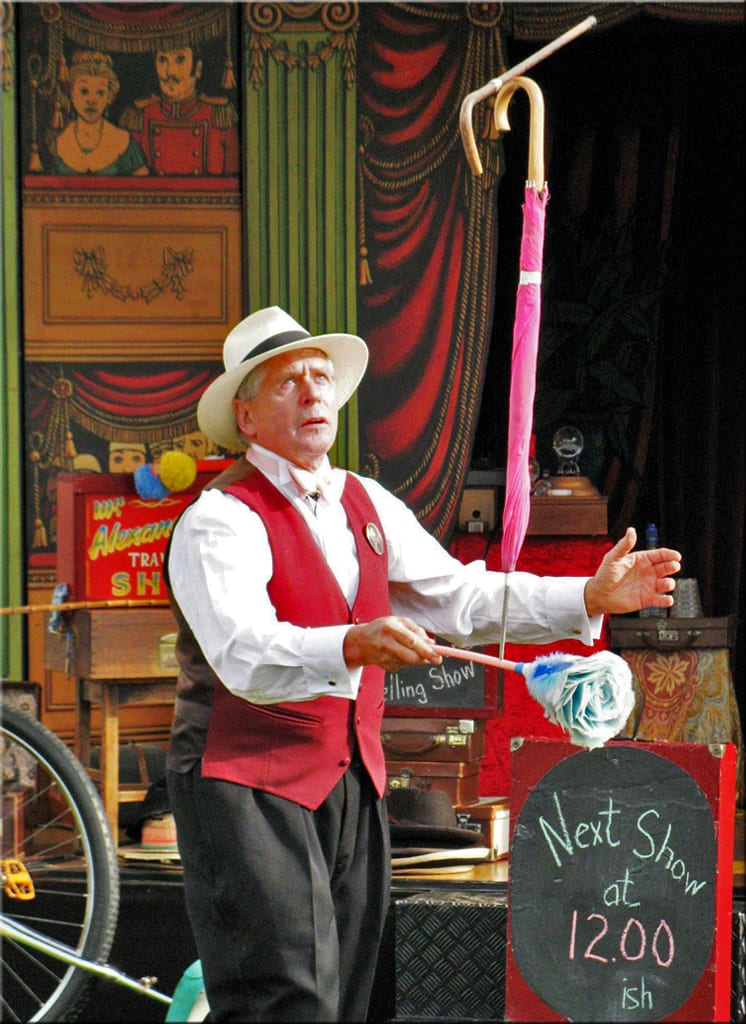 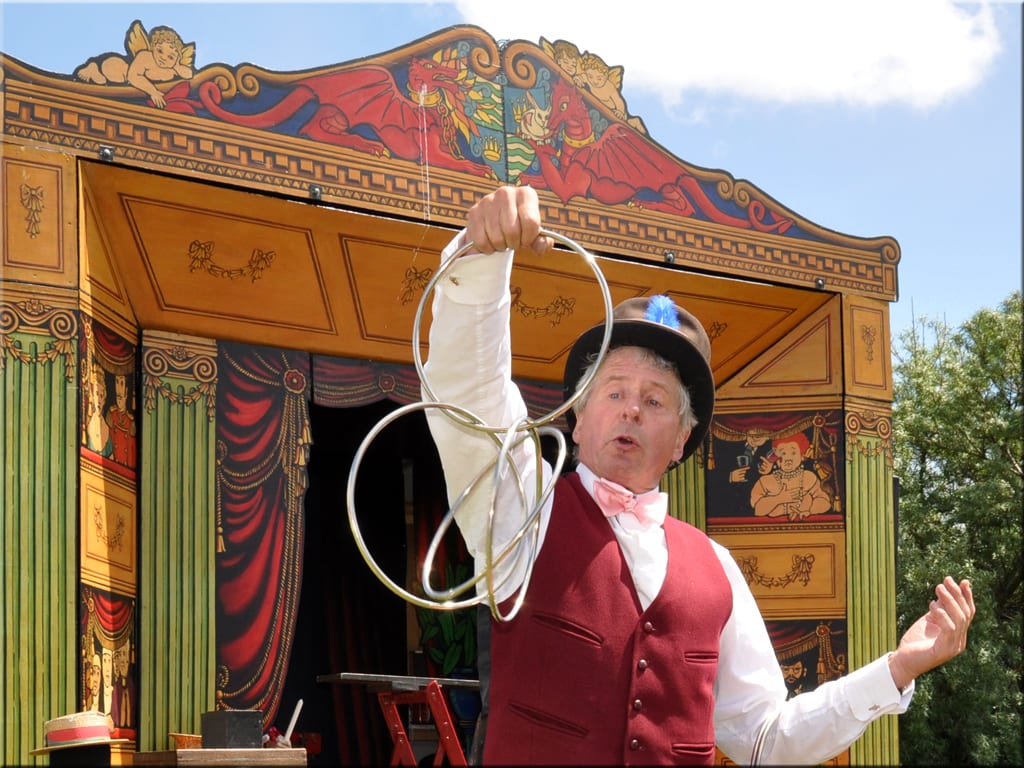 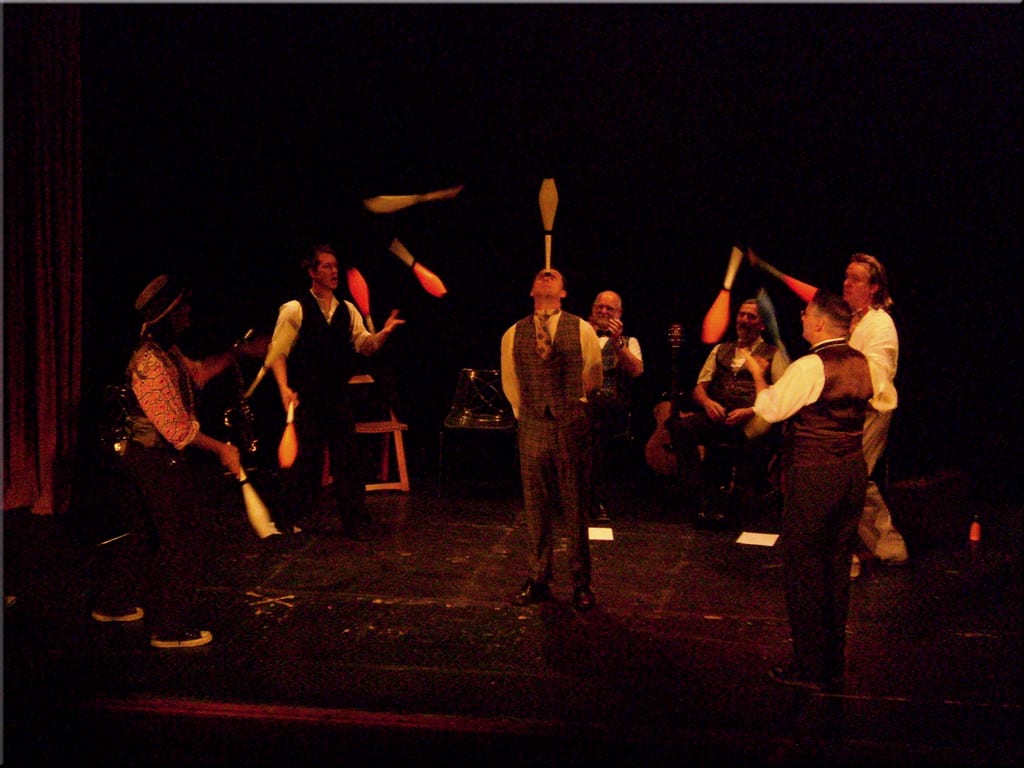 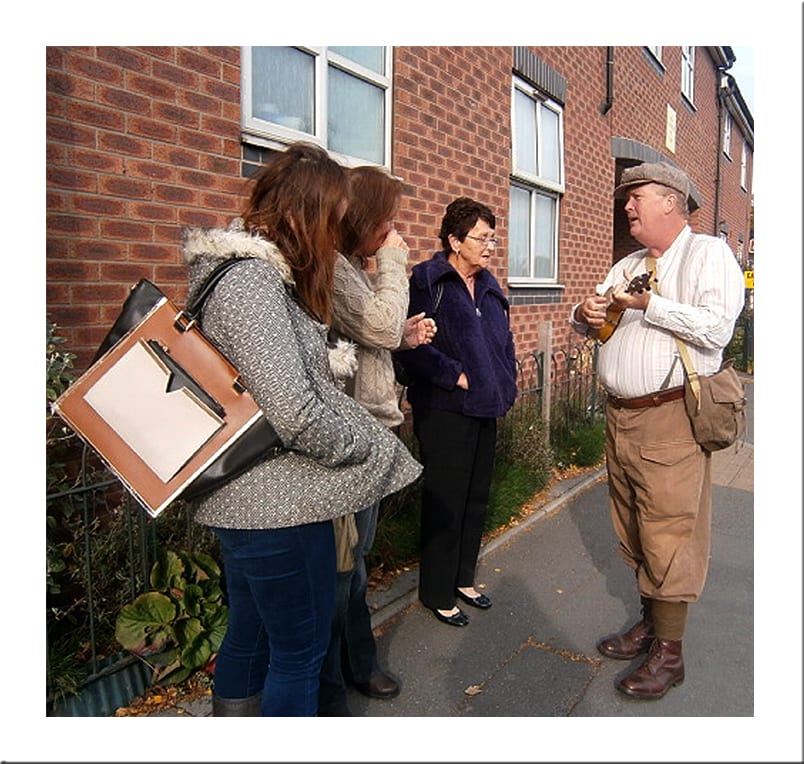 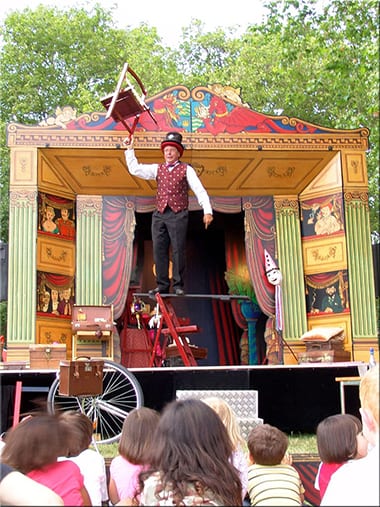