Much research has been carried out on differences in the ceramic assemblage from different kinds of sites (Evans 1993 and 2001, Willis 2005) and previous study of the ceramics from Middlewich found that the ceramics compared well with those from military rather than civilian settlements.  At Nantwich different activities zones were found (Connelly and Powers 2005) and similar zoning might be expected at Middlewich.

Unfortunately no rim sherds were recovered from the early phases so these phases cannot be assessed adequately.  The jar:bowl/dish ratios from phases 7 and 8 are within the range of those recovered from military type sites in the north (Evans 1993 in the second century) but the levels are relatively low and are markedly lower than those from the Fairclough site excavations (Figure 4). The relative quantities of jars from Manchester and Middlewich Fairclough site in the Hadrianic-Antonine periods are lower than those from the rural sites at Mellor, Tarporley and the industrial sites at Warrington and Tarbock, although jars were more common at both Manchester Barton St and Middlewich Fairclough site in the Flavian-Trajanic period.

From the analyses it would appear that Buckley’s Field is of a quite different character to the Fairclough site area.  Overall it compares better with the results from recent excavations at some of the higher status rural sites, perhaps reflects the sort of activity taking place on the edge of these small town settlement.  The Buckley’s Field group contrasts with assemblages from industrial settlements such as Walton-le-Dale and Wigan but is similar to groups from Wilderspool and Tarbock. Very little pottery has been recovered from many of the rural Romano-British settlements on the Cheshire Plain.  Sites such as Legh Oaks Farm, Great Woolden Hall and Brook House, Halewood and did not have enough pottery to include in this kind of analyses and a large group of sites are characterised by little or no Romano-British pottery (Nevell 2002, Nevell 1998 and Dunn 2000).  The similarity with the higher status rural sites would tend to suggest we are dealing with a zone on the edge of the town which was, perhaps, more like a higher status rural settlement in terms of the vessel range in use.  By contrast, the Fairclough site is more like the military and military related sites and the higher status industrial site assemblages.

The analyses of the samian vessel types (Ward this report and Figure 7), by contrast, disclosed a high level of decorated wares similar to the Fairclough site suggesting that this type of pottery was obtained at similar proportions throughout the settlement.  The relative number of decorated samian bowls using rim percentage values was comparable but the Buckley’s Field site had rather more dishes and fewer cups. The relative quantities of amphora and samian ware generally were higher at the Fairclough site while other smaller differences such as the quantities of BB1, BB2, grey ware and oxidised wares (Figure 6) are due to the later dating emphasis at Buckley’s Field when BB1 and oxidised wares were more common and grey wares were being replaced by these wares.

Compared with other sites in the region, Buckley’s Field had less samian and amphora overall than the Manchester sites and is closer to the other “industrial” sites (Figure 5) but has significantly more than the rural sites with the exception of the unusual group from Mellor.  The Wigan group has a remarkably large percentage for amphora and this is likely to be related to the function of the building as a bath house, an area in which oil might be in demand for cleansing and for scented oil-based preparations.  Clearly these results highlight not only the differences in the ceramic assemblages at different kinds of sites but also in different functional areas within the settlements.  This study should be augmented by looking at other evidence such as other artefact groups and evidence from flora and faunal remains both at site level and at regional levels. 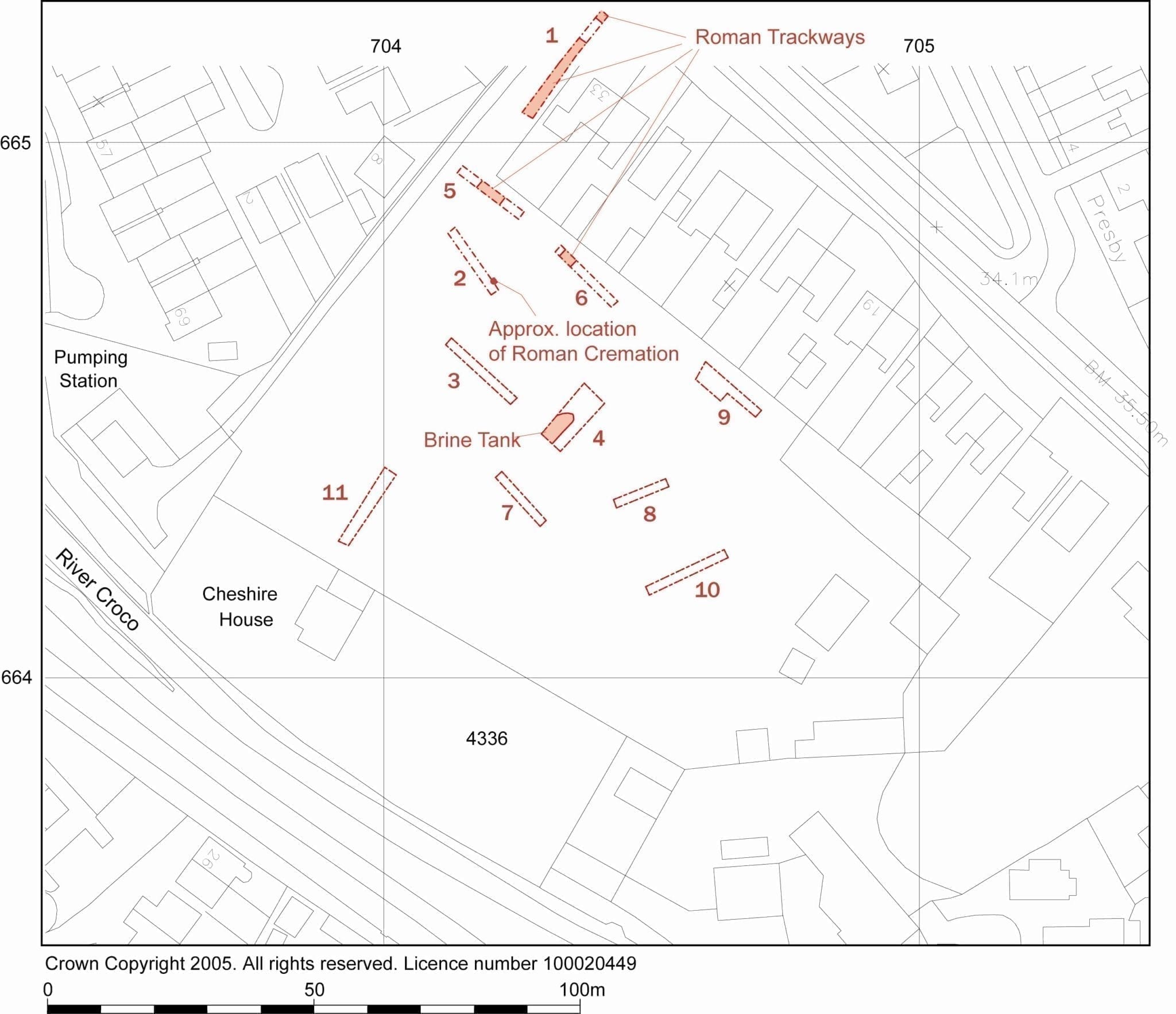 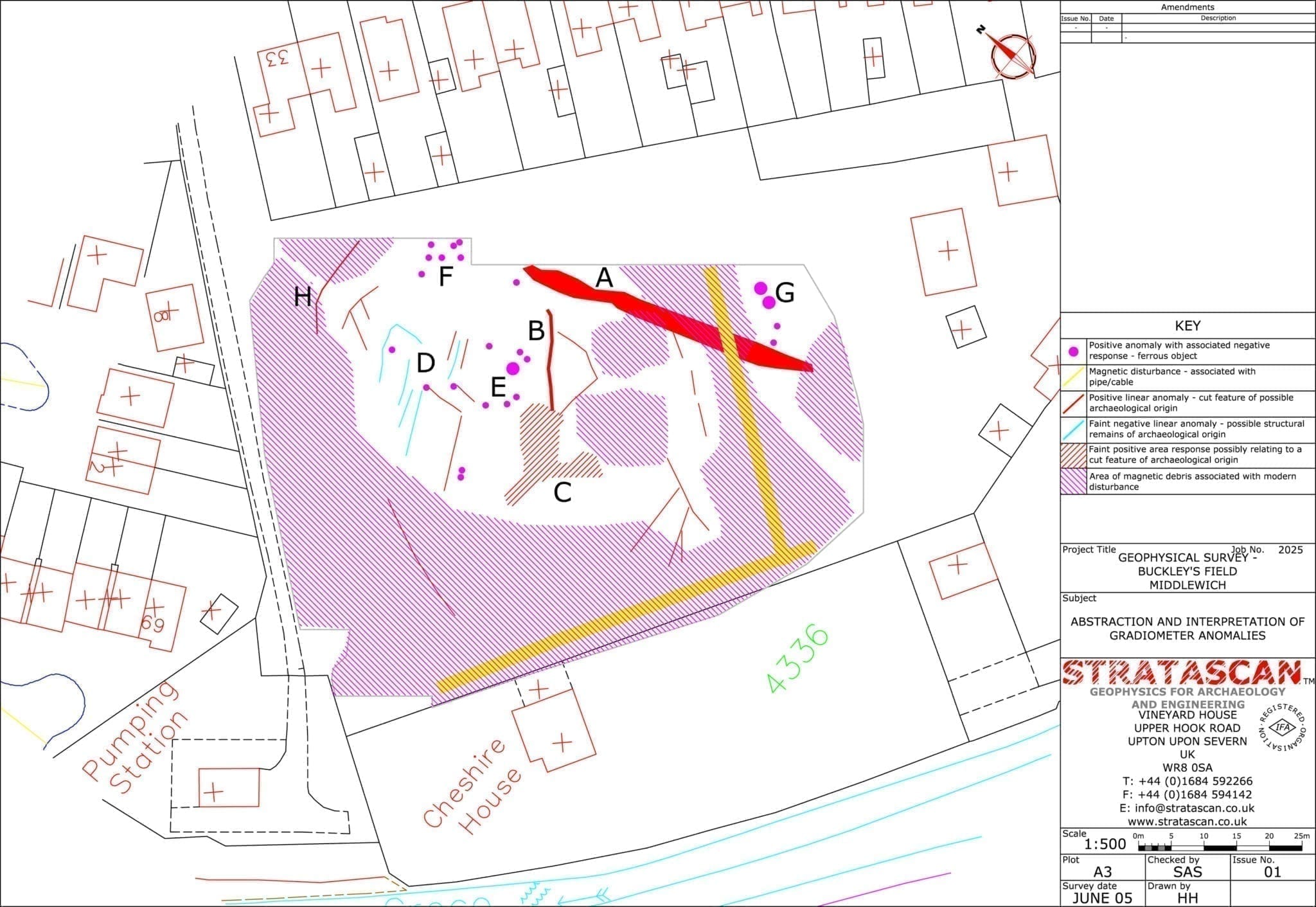 These differences in the characteristics of the ceramic assemblages from different parts of Roman Middlewich illustrate how areas of the settlement were used in different ways with some parts used for different industrial activities whereas others had a more domestic character.  If the results from the pottery are compared with data for other artefact types, industrial and environmental remains, it may be possible to determine further characteristics of these areas for which the ceramics suggest contrasting functions. 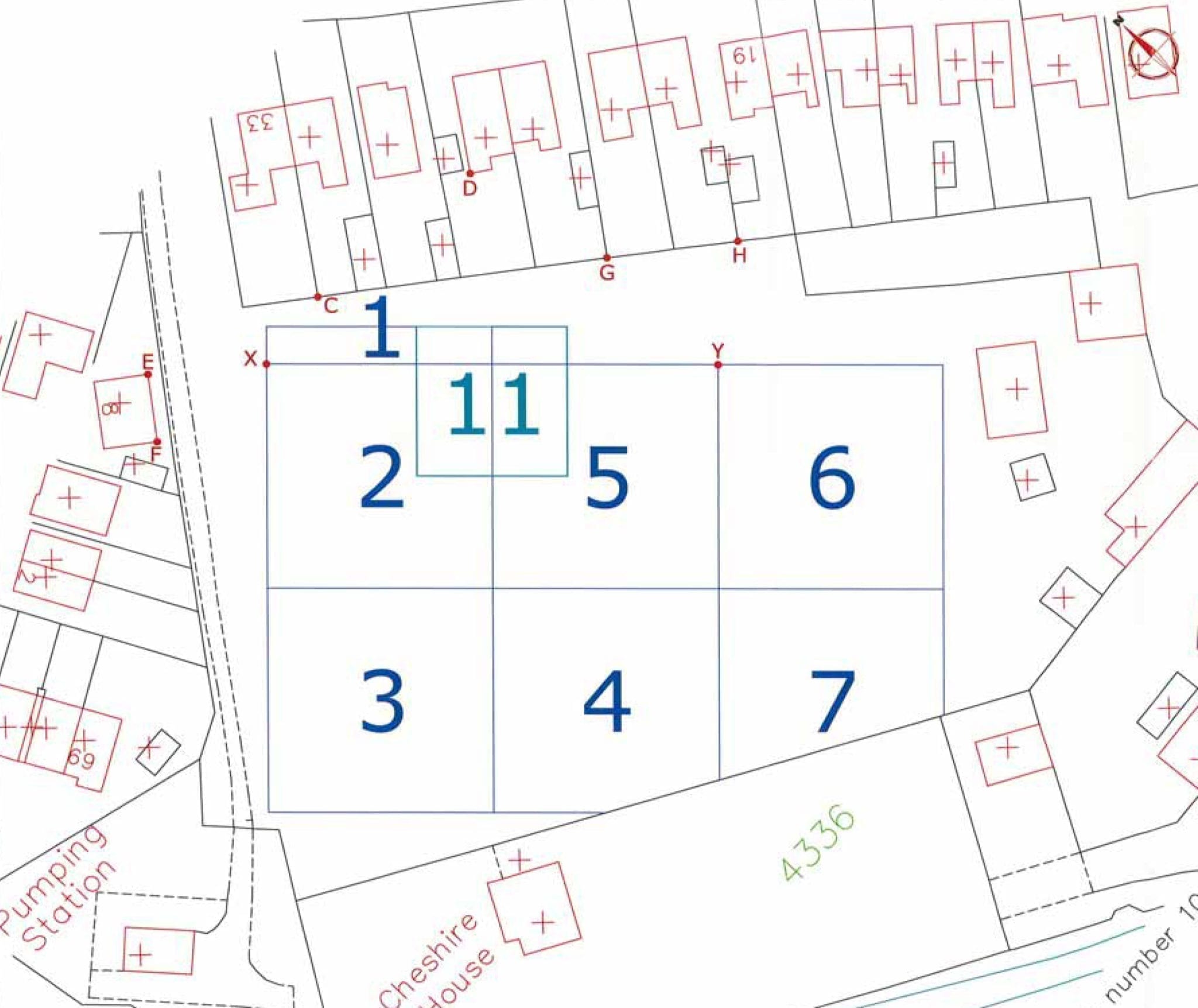 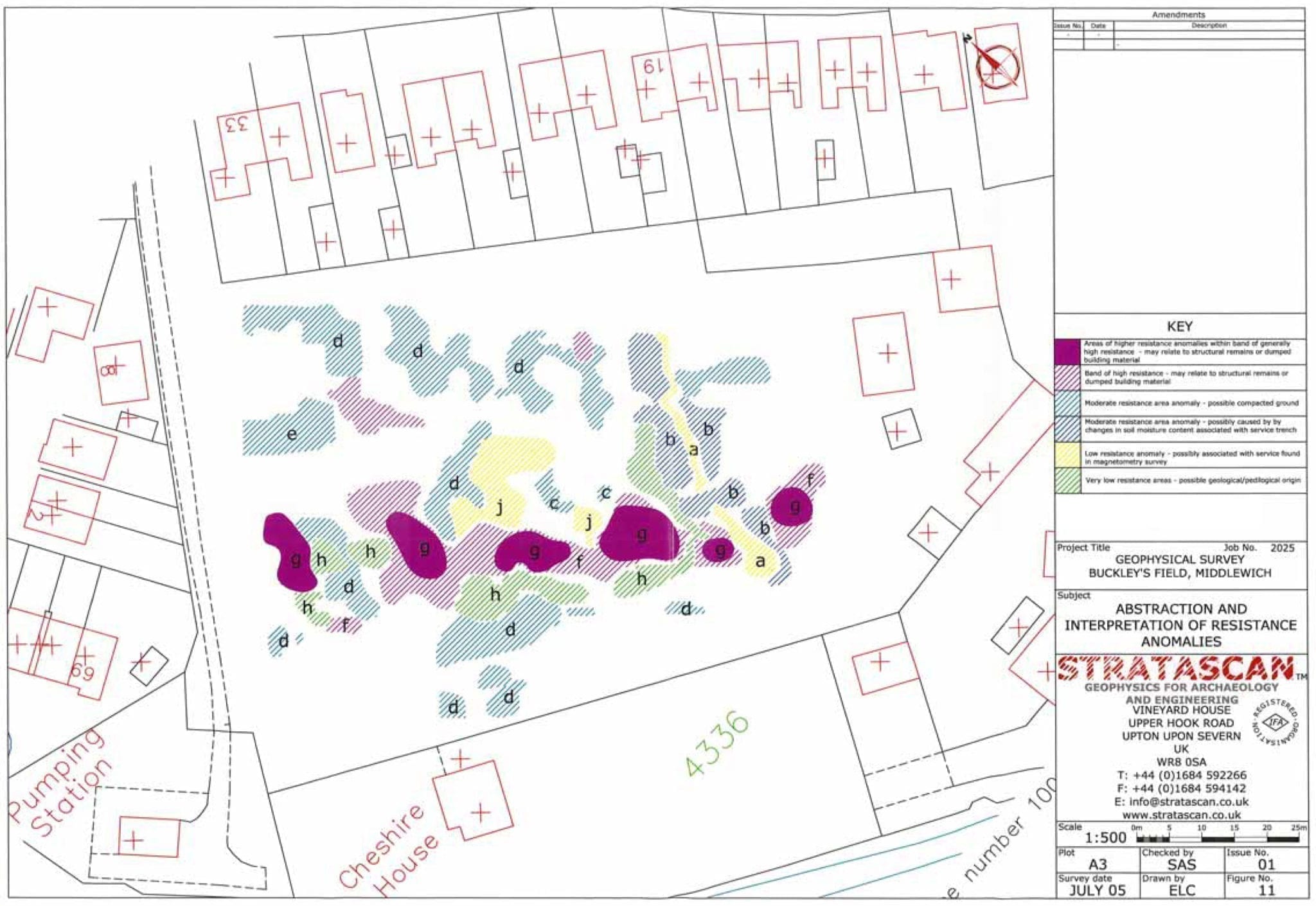 Figure 9 Comparison of relative quantities of vessel types found in phases 7-9 at Buckley’s Field (BF) and in the late  first-early second (MF1) and Hadrianic-Antoine period (MF2) at the Fairclough site showing the relative percentages of samian bowls, dishes, cups and beakers. 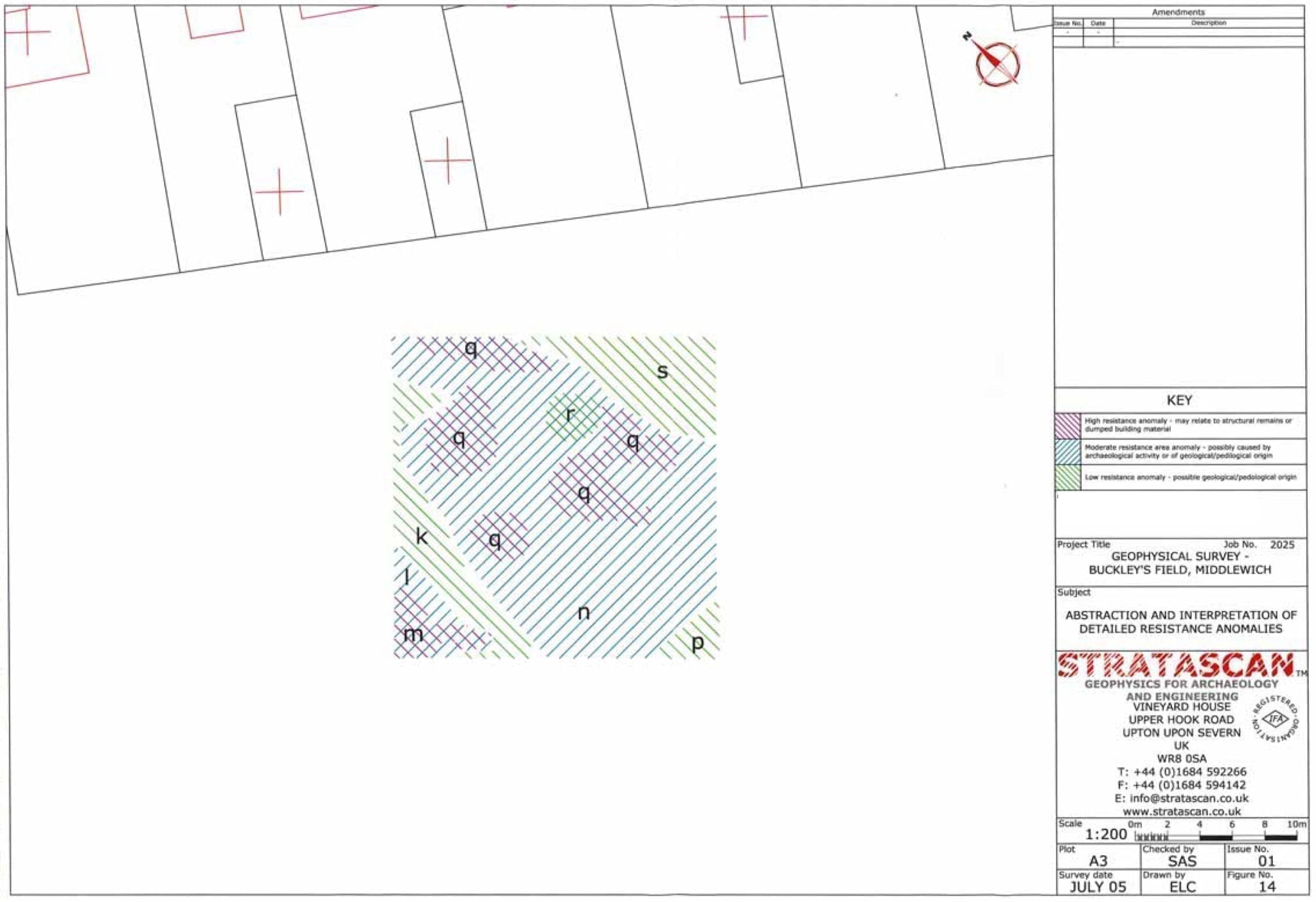 The group of pottery from pit 403 included an unusually large number of campanulate bowls with flaring rims.  One of these bowls was oxidised and other sherds from the pit included distorted rim sherds from the neckless everted-rim jars typical of the late first to early second century.  This raised the possibility that this group may have been kiln waste.  Since the group included BB1 vessels dating to the Hadrianic period, this suggests pottery manufacture continued at Middlewich at least until that period.  The presence of a used tazze and a mica-dusted beaker with evidence of scorching around the rim suggested that this group may have a ritual character.  At a kiln site at East Winch in the Nar Valley, Norfolk two waster vessels had been deliberately halved longitudinally and placed in two different kilns at the end of their working lives (Andrew Peachey pers comm.).  At St Wilfrid’s Rd, Doncaster two similar deposits were found in ditches near the Cantley kilns (Leary unpublished d).  Two near complete vessels, both wasters, occurring alone in pit F45 and a used Dales ware jar was found in the bottom of ditch with a near complete GRB1 indented beaker.  These may all be deliberate placements representing structural deposition.  The complete nature of the group in pit F45 and their isolation suggests these may also be offerings to some chthonic deity, their imperfect condition representing the need for success in kiln firings.  The Dales ware jar and beaker, placed in the ditch, date to the end of the settlement and may relate to rites of termination.  At both East Winch and Cantley these may represent “rites of closure” marking the end of the life of the kilns (Merrifield 1987, 48-50). This pit group here may be a similar phenomenon to the two wasters pots from Cantley, perhaps an offering to the gods after an unsuccessful firing in the hope of better results in future.

Specialized vessels such as colanders and so-called “wine-strainers” were not identified but three vessels hint at the spiritual side of life.  A lamp fragment and a carinated beaker with an applied hammer motif associated with the Smith God Vulcan (137-138) came from unstratified levels.  Both of these may be related to ritual activities and the motif related to Vulcan may be linked to the evidence for iron working at Middlewich (Strickland 2001, 58 and Williams and Reid forthcoming).  Graham Webster has discussed the incidence of Vulcan figures on pots from Roman Britain (1989) and it is noticeable that several of these pots come from military sites such as Corbridge and some were associated with smithing (as at Elmswell, Webster 1989, 19). Unfortunately the lamp and Vulcan pot were not in their original context.

A third ritual vessel, a tazze (16), came from pit 405.  Tazzes were incense burners and this one has been scorched around the inside from use.  The integration of acts of worship and devotion with everyday life was more pronounced in Roman times when such acts would form an integral part of life even in the industrial areas of the settlement.  It may be that an unsuccessful kiln firing resulting in the discard of the many bowls found in pit 403 also required the deposition of a tazze, perhaps still lit, as an offering to the gods to ensure future successful firings.

The pottery from cremation in trench 2 sherds light on cremation rituals in the mid-third century.  Sherds from a burnt BB1 jar (15) were deposited with the cremation and are likely to represent remains of pyre goods deposited on the cremation pyre and gathered up with the cremated remains for burial.  The fragmentary and incomplete condition of the pot makes it unlikely that this was a cremation urn deposited intact to hold the cremated bones.  Ceramic vessels offered on the pyre are known in the third century cemetery at Brougham (Cool et al 2004, 441-2) although it can be difficult to distinguish such sherds from vessels placed at the side of the pyre and scorched.  At an earlier cemetery at Wall, Warwickshire, evidence was found in some cremations for BB1 jars and beakers having been offered on the pyre and then fragments collected with the cremated remains (Leary 2008).