The first century buried soil (142) was cut by a narrow gully [176], 5m from the eastern end of Trench 1. The gully was linear oriented towards the northwest, running approximately parallel to modern King Street, and measured 0.6m wide x 0.5m deep with a ‘U’ shaped profile. The primary fill – a mid brown silty sand 0.23m deep (177) – appeared to have been formed by natural in-washing of sand from the surrounding earth and sides of the feature. This was sealed by an upper fill (195) comprising alternating lenses of mixed sand and dark black silt to a depth of 0.12m, suggesting that vegetation had been allowed to grow in the gully, with seasonal deposition of in-washed sand (Figure 26).
Figure 26: Gully [176]
A row of stake holes [135] were observed cutting through fill (195). These were spaced at intervals of 0.22m and each had a diameter of 60mm. Although no traces of the timber stakes remained, the holes were clearly visible as the voids had backfilled with a pale sandy gravel (Figure 27). It seems likely therefore that the gully was for drainage, and that it had at one point housed a fence-line. Unfortunately no artefacts were recovered from the fills, so it is not possible to closely date the feature beyond its stratigraphic associations.

The fills of gully (176) were sealed by a layer of dark brown silty sand between 20 and 150mm thick (169) – see Figure 26 above. The layer extended 7m into the trench from the eastern end, for the most part sealing the organic turf (?) deposit (142). Again, no finds were recovered from this layer so it is not closely datable, but the fact that it also seals gully (176) suggests that at the time this deposit formed the gully was out of use and the fence-line had been removed. The origin of the layer is unknown. Earth layer (169) was in turn sealed by a succession of sand, crushed briquetage and clay layers. These are described in stratigraphic order in the table below (earliest first): There is only a single datable artefact from this sequence- a sherd of samian dated to the latter half of the 1st century AD. The purpose of the sequence is unclear, although only a small area was exposed meaning that the deposits lacked wider context. The presence of compacted layers of sand and briquetage in the lower half of the sequence and thin layers of earth in the upper half (Figure 28) suggests that these were deliberately laid floors, probably put down towards the end of the 1st century, which eventually fell into disuse and detritus was allowed to accumulate above. The construction material used- crushed briquetage- and the presence of a fragment of highly fired clay with splashes of salt glaze is a clear indicator that waste from the salt making process was readily available here. Indeed the floors may have had an industrial function. 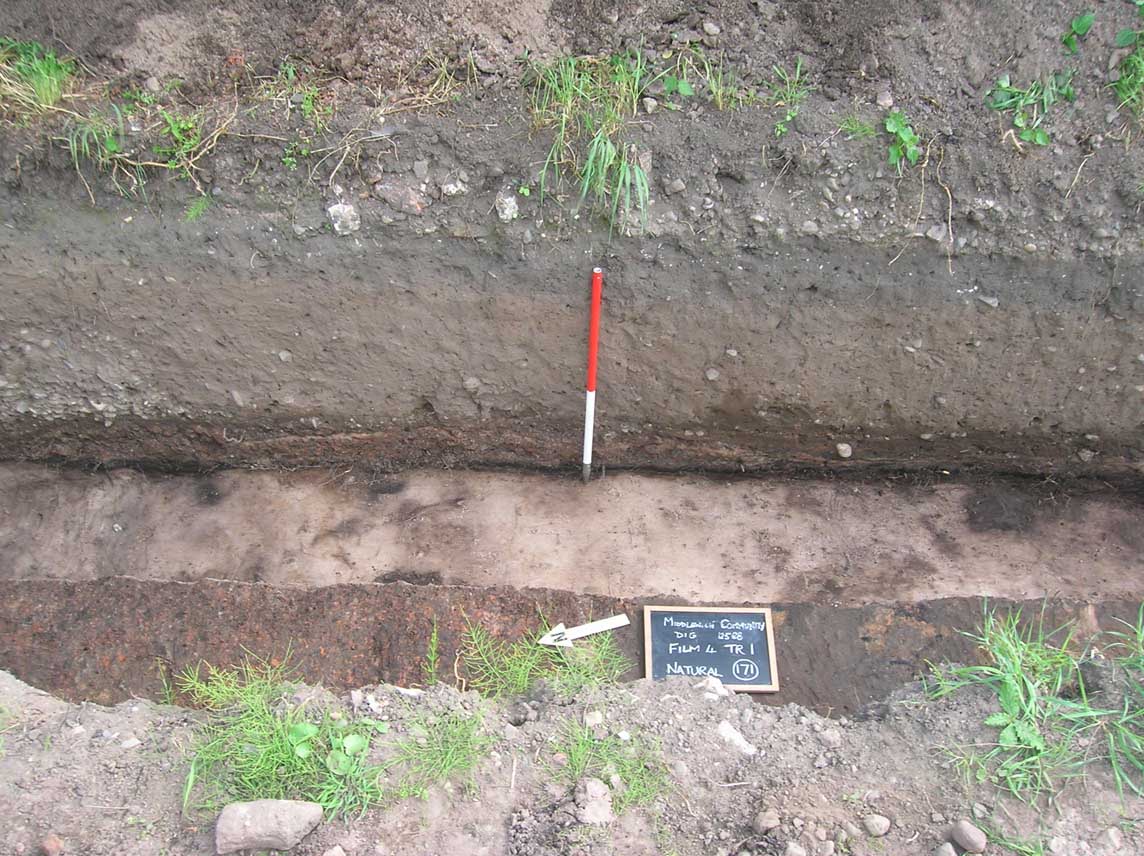 Context (905)=(906) was a buried soil layer in Trench 9, 0.2m thick (Figure 29). This deposit sealed the natural sand, and was cut to the north by a second century pit (909). Despite this, the soil was left to continue developing after the pit had been excavated, and the pottery encountered ranged in date from the early 2nd century through to the mid-3rd century AD. Other finds in this layer included animal bone, Roman window glass, iron nails, lead casting waste and a copper alloy coin of Domitian, minted between 72 and 79 AD. 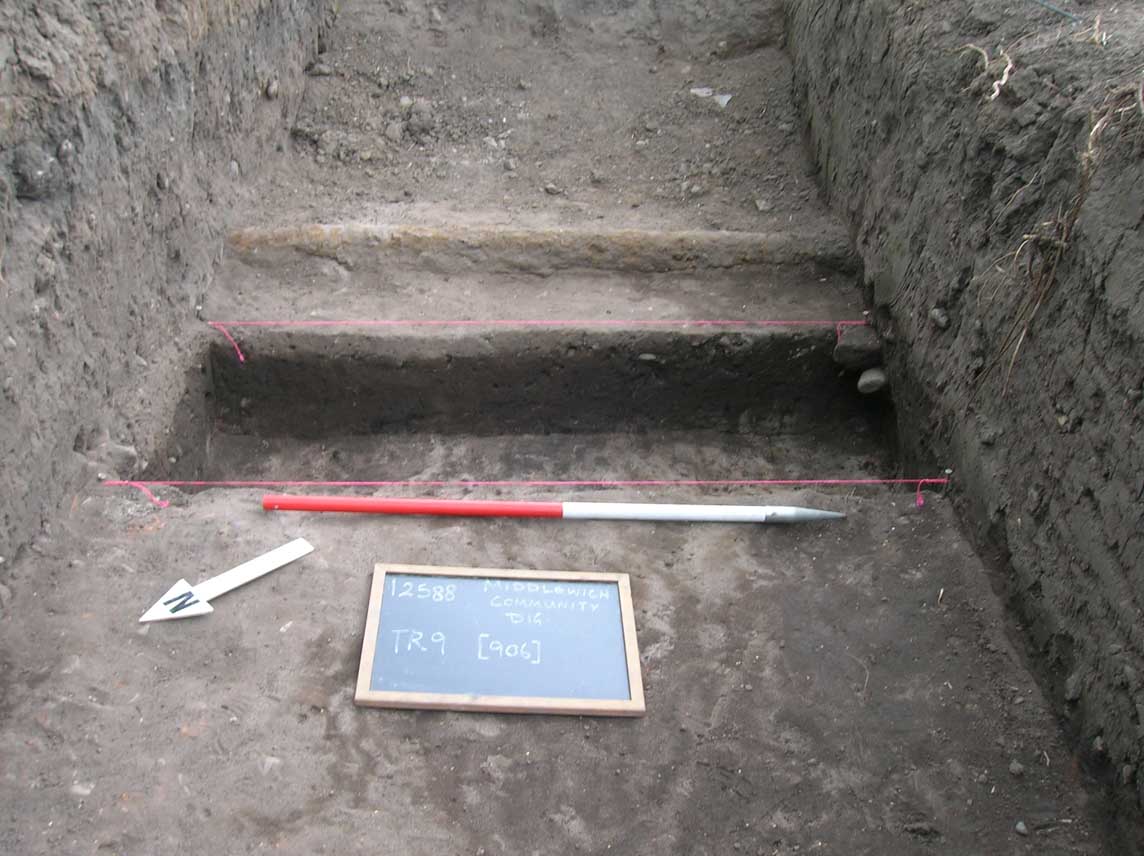 In Trench 12 two soils- probable cultivation deposits- can be ascribed to Phase 5; contexts (1219) and (1263). Their locations are indicated in Figure 32. Context (1219) was an extensive area of buried soil at the southern end of the trench, measuring 13m east-west x 4m north-south, the boundaries of which were defined by the limits of the excavation to the west, south and east, and by the cut for ditch [1221] to the north (Figure 30). Around 0.2m thick (the surface of the layer stood at around 32.65m AOD), the soil was a dark grey/brown sandy loam which contained a scatter of abraded sherds of coarse ware pottery dated to the early second century, though a later sherd dated to the third century was also present. Other artefacts included a single fragment of poured window glass, animal bone and iron objects. This deposit is equivalent to context (202), Trench 2. 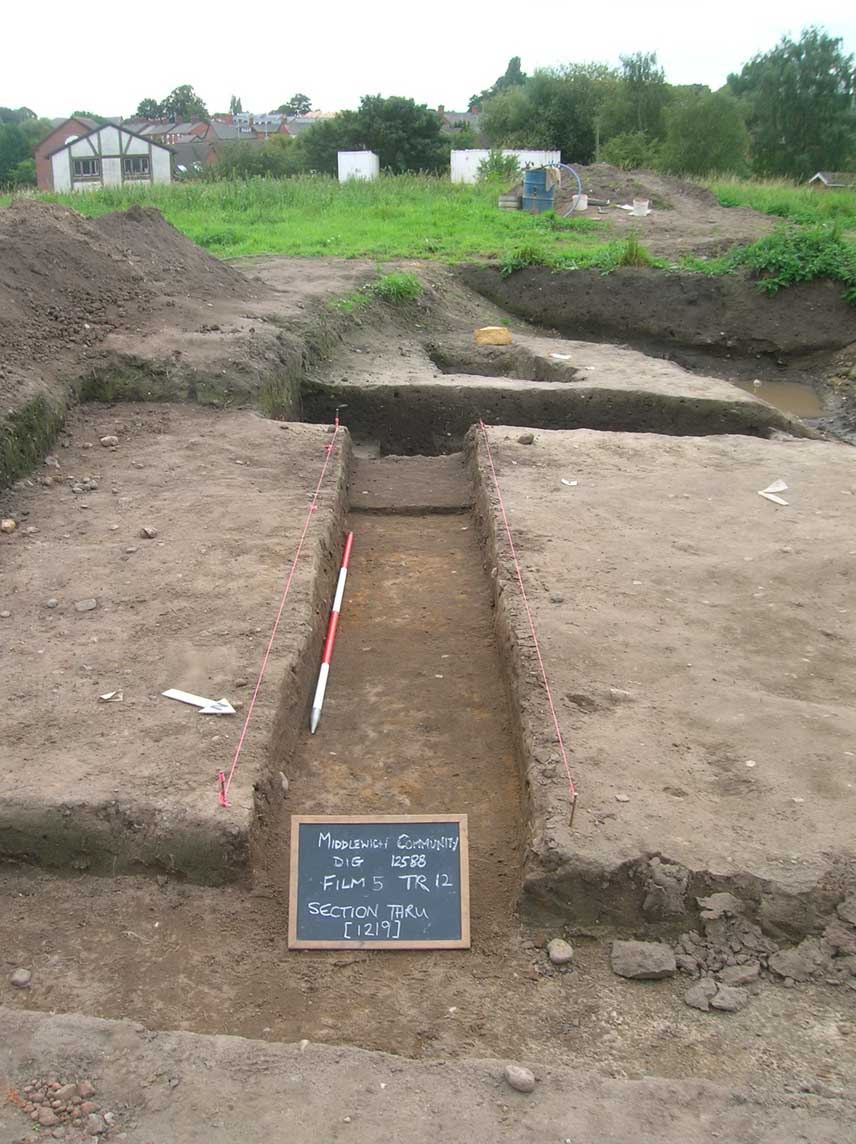 Figure 30: Long section through buried soil (1219)
Context (1263) was situated immediately to the north of ditch [1221], and stratigraphically is the equivalent of (1219). In this location however, the soil had been sealed by a clay floor, (1208), and appeared to have been compacted in the process, varying in thickness between 0.1m and 0.15m (Figure 31). This soil was a dark grey/brown sandy, silty loam with occasional small flecks of briquetage and small pebbles, measuring 6.2m east-west x 5.5m north-south. The upper surface of this deposit was recorded at 32.64m AOD. The few sherds of coarse pottery from this context have been dated to the late 1st- early 2nd century, though the small sample makes it difficult to date with any certainty. No other artefacts were retrieved from this layer. 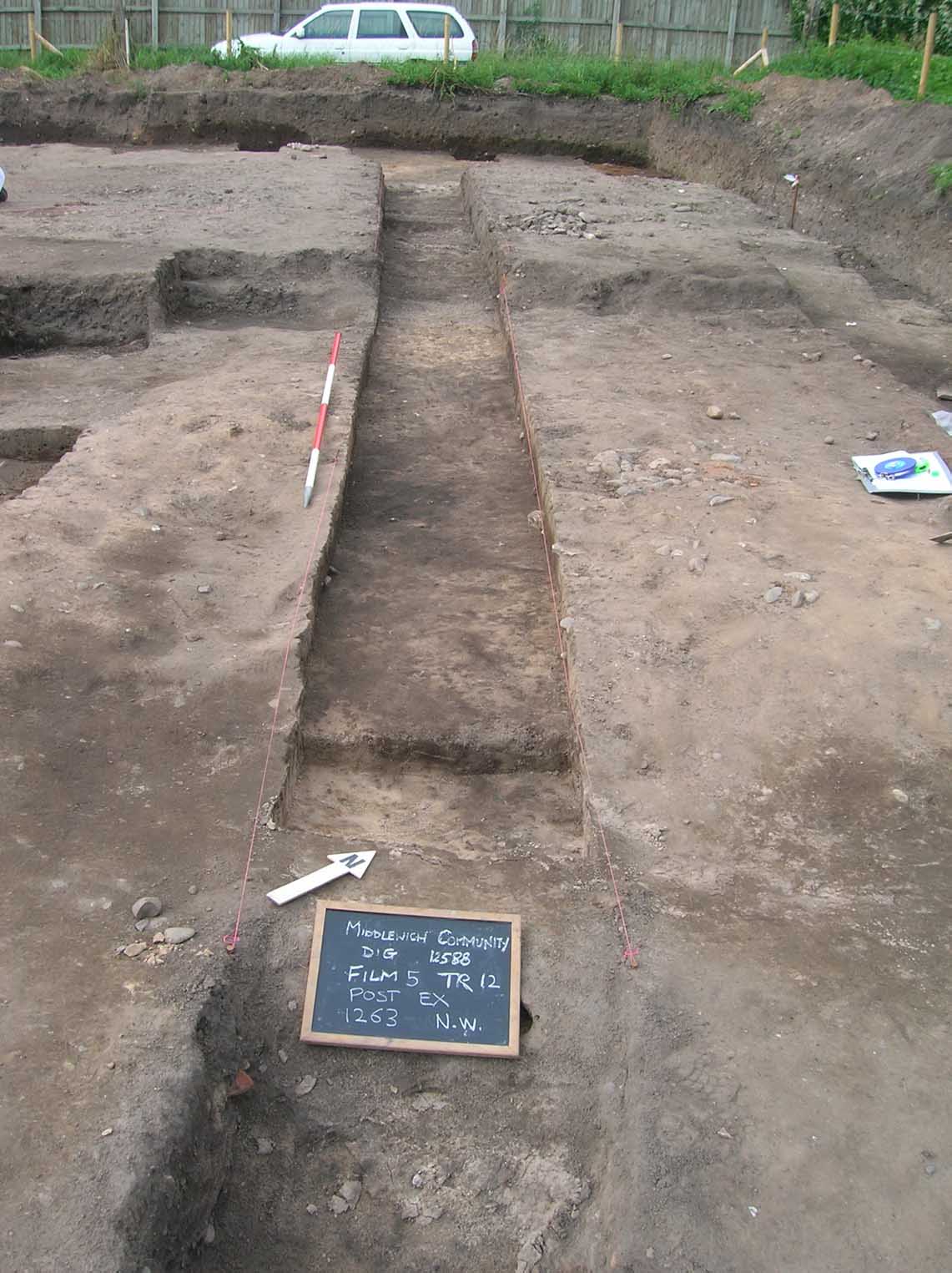 Figure 31: Long section through buried soil (1263)
Although stratigraphically similar, these two deposits differed in their formation processes; context (1219) was allowed to continue developing beyond the early 2nd century as a cultivation or garden soil in much the same way as context (905)=(906) in Trench 9, while (1263) became sealed by clay floor (1208) and was unable to continue developing after that event. 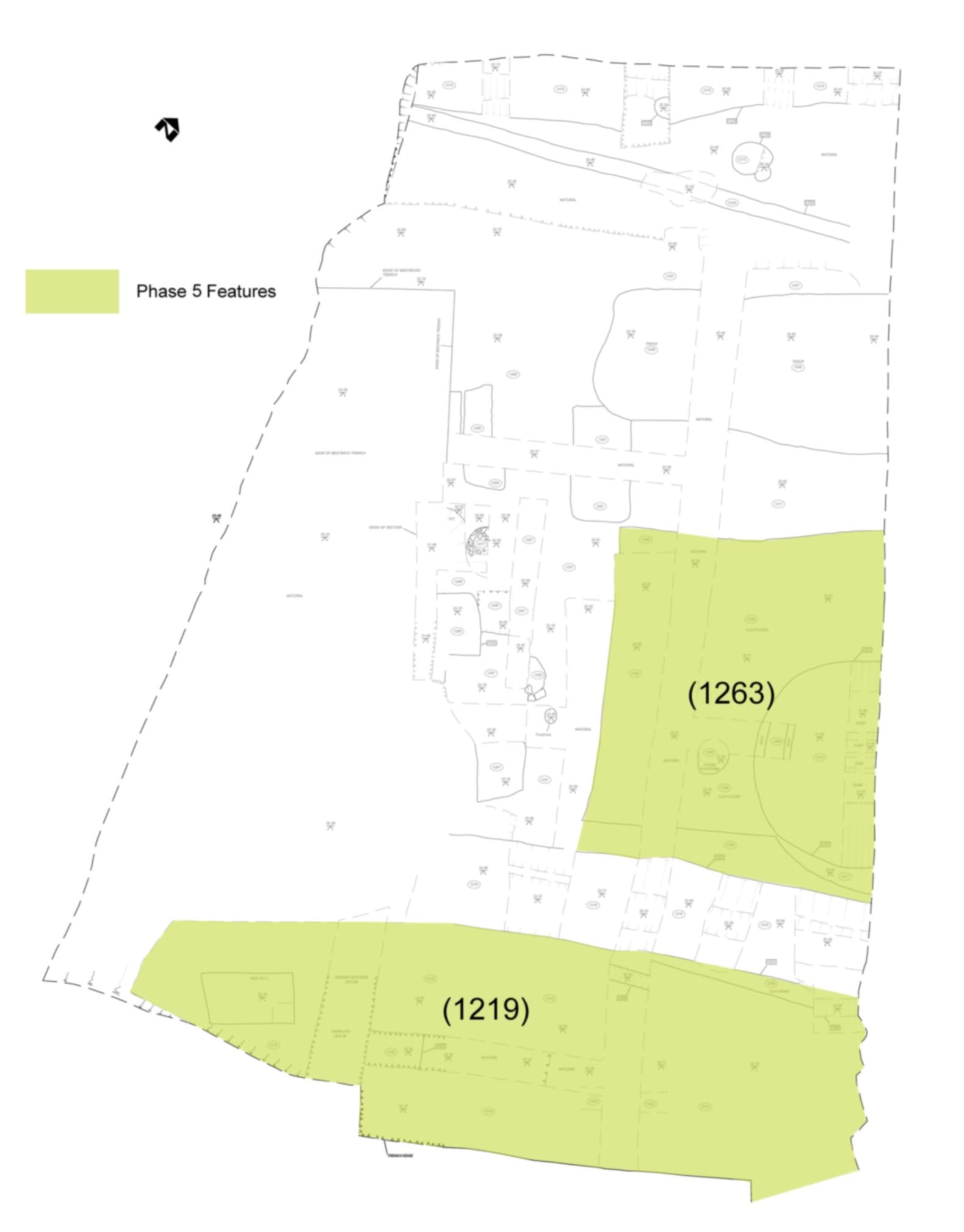