TAPHONOMY – HOW THE SHERDS GOT WHERE THEY WERE FOUND

The pottery sherds came from a variety of features and contexts such as pits, postholes, layers, road surfaces, ditches, buried soil and subsoil and arrived in these deposits in different ways.  The sherds from the fabric of floors and metalled surfaces, if these surfaces are intact, can help date the construction of those features by providing a date after which they must have been built.  Sherds from the surface of such features date to their use and disuse.  The sherds from within such features, such layer 1228, tend to be abraded and scarce whereas the sherds from their surfaces can be more numerous suggesting they represent accumulation debris from their disuse, such as the group of 187 sherds from track 1206.  There were a surprising number of sherds from surfaces suggesting these were not kept clean of ceramic debris in the way that floors, particularly hard floors such as mosaics, within higher status domestic dwellings such as villas tend to be.

Most of the pottery came from earthcut features or buried soil layers (Table 1).  Assemblages from the primary fills of earthcut features such as pits and ditches are often contemporaneous rubbish deposits. The group from pit 403 is a good example of this.  This group included a large number of fresh, large sherds from an unusually large number of bowls, all of the same type (20, 22, 28, 34-36).  It was thought that this may be debris from a pottery kiln since some examples were misfired. The presence of a tazze (incense burner) raised the possibility that these were deliberately deposited by the potters as part of a ritual, perhaps invoking the gods to help them with their work.  A group from pit 909 included large portions of some of the vessels (47-49), such as cooking jars, and this group represented domestic debris of some sort.

The vessel from the cremation in Trench 2 contrasts with these discarded sherds in being a deliberate deposit of burnt pottery fragments (15) collected from the pyre with the bones in the cremation pit.  This may have originally been contained in an organic container or bag.  Several of the ditches contained pottery in their fills.  Only small numbers of abraded sherds came from the roadside ditches in trenches 1 and 12 since these were presumably kept clean of debris to aid drainage.

The majority of the pottery came from buried soil deposits, cleaning layers and unstratified levels.  Similar deposits of buried soil were noted during excavations at the Fairclough site by Earthworks (Williams and Reid forthcoming).  These deposits were rich in ceramic debris which was often unabraded and included near complete vessels.   At the Fairclough site the archaeologist thoughts that the fluctuating watertable and the breakdown and reworking of sediments by organisms such as earthworms had resulted in the formation of these deposits which incorporated the upper parts of archaeological deposits. It would appear that the buried soil layers here are of a similar type since despite their stratigraphic positions early in the sequence, unless completely sealed by later impermeable layers such as clay or cobbling, they have mixed groups of pottery often including the latest sherds from the site.  As a consequence the pottery from unsealed deposits of this type is dealt with separately from the well stratified groups.

The average sherd weight of 14.7g contrast with that from the Fairclough site (28.5g) suggesting the sherds were being broken up and abraded perhaps by being trampled or weathered.  No significant differences in the average sherd weights were noted from trench to trench.  When similar features types are compared from the two sites the pottery from Buckley’s Field was much smaller and more abraded than those from the Fairclough site.  For example, at the Fairclough site the average sherd weight from pits was 28g, from road ditches nearly 30g and from gullies, 13g.  These differences suggest this area was not a focus of fresh ceramic discard but was perhaps on the edge of an area used for domestic ceramic discard or an area where rubbish from middens was cleared.  The cremation in trench 2 would be consistent with this since burials tend to be situated on the edge of Roman settlements.

The rate of accumulation of pottery sherds fluctuated throughout the phases and both sherd counts and sherd weight fluctuated to a similar degree (Figure 3).  Very little pottery was being deposited in phases 4 to 6 but the quantity increased sharply in phase 7 and even more in phase 8 before declining during phase 9.  Much of the material in the phase 9 midden dates from the earlier phases so the quantity of new pottery being deposited would have been even smaller.  The subsequent rises in the chart represent earlier unsealed layers which have been placed later in the sequence but which contain pottery from phases 5, 7 and 8.  In phase 10 very little pottery was recovered apart from the pyre goods from the cremation and small numbers of mid-third century vessels fragments. 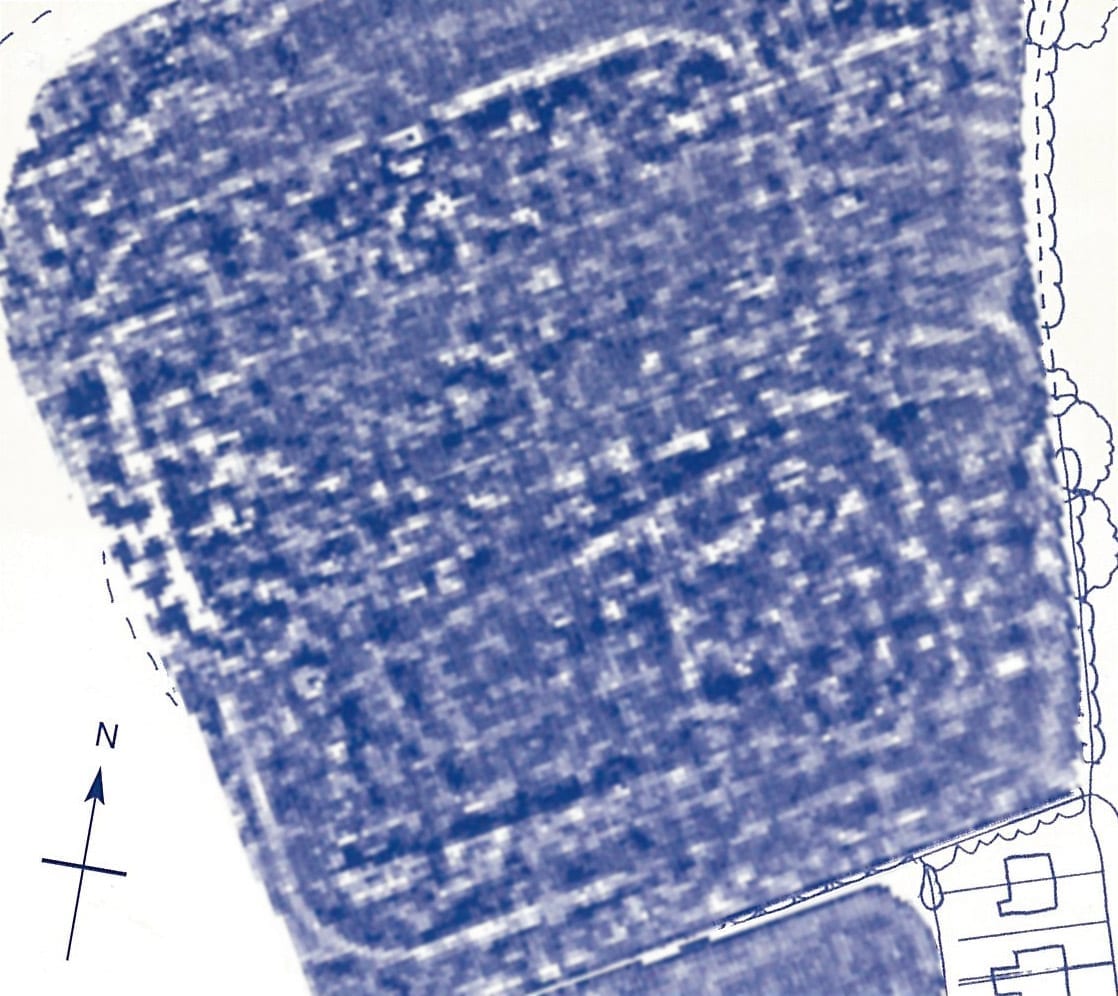